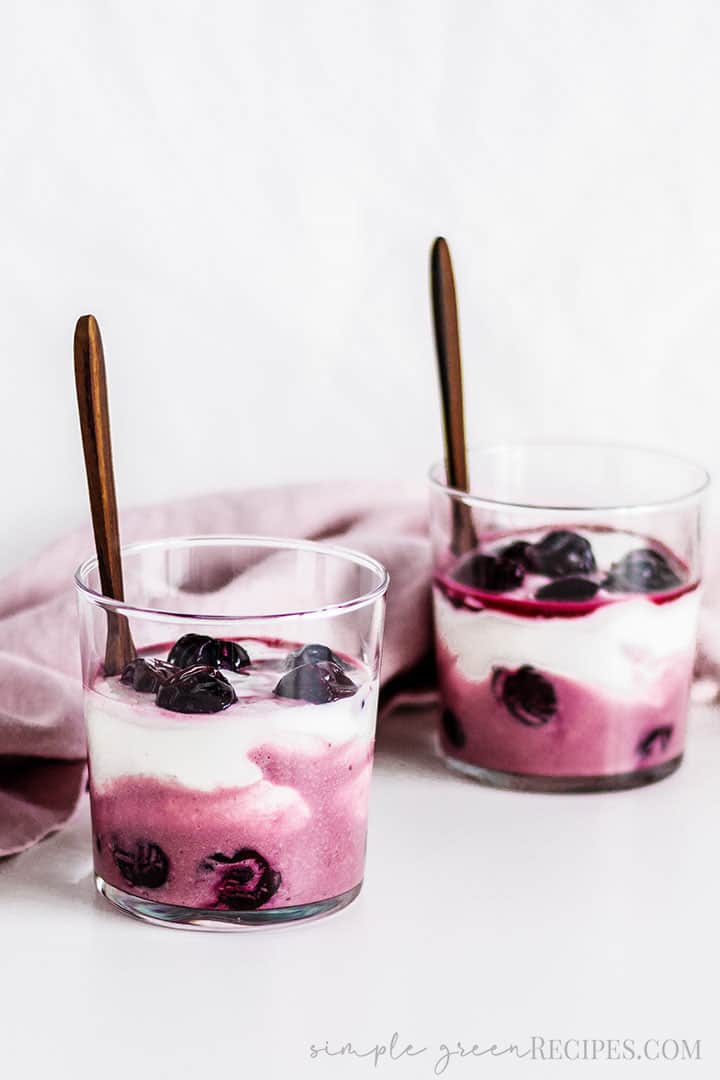 This Coconut Cherry Ice Cream Smoothie is vegan, gluten-free and refined-sugar free. If you’re craving a mouthwatering smoothie, you’re at the right place. It’s made of layers of delicious homemade cherry ice cream, smooth coconut yogurt and homemade cherry compote. Three goodies by themselves that combined make an irresistible breakfast, snack or even dessert, if you’re looking for a super healthy one.

Next, I share with you the step by step for this smoothie, as well as the recipes for the homemade vegan cherry ice cream and homemade cherry compote. 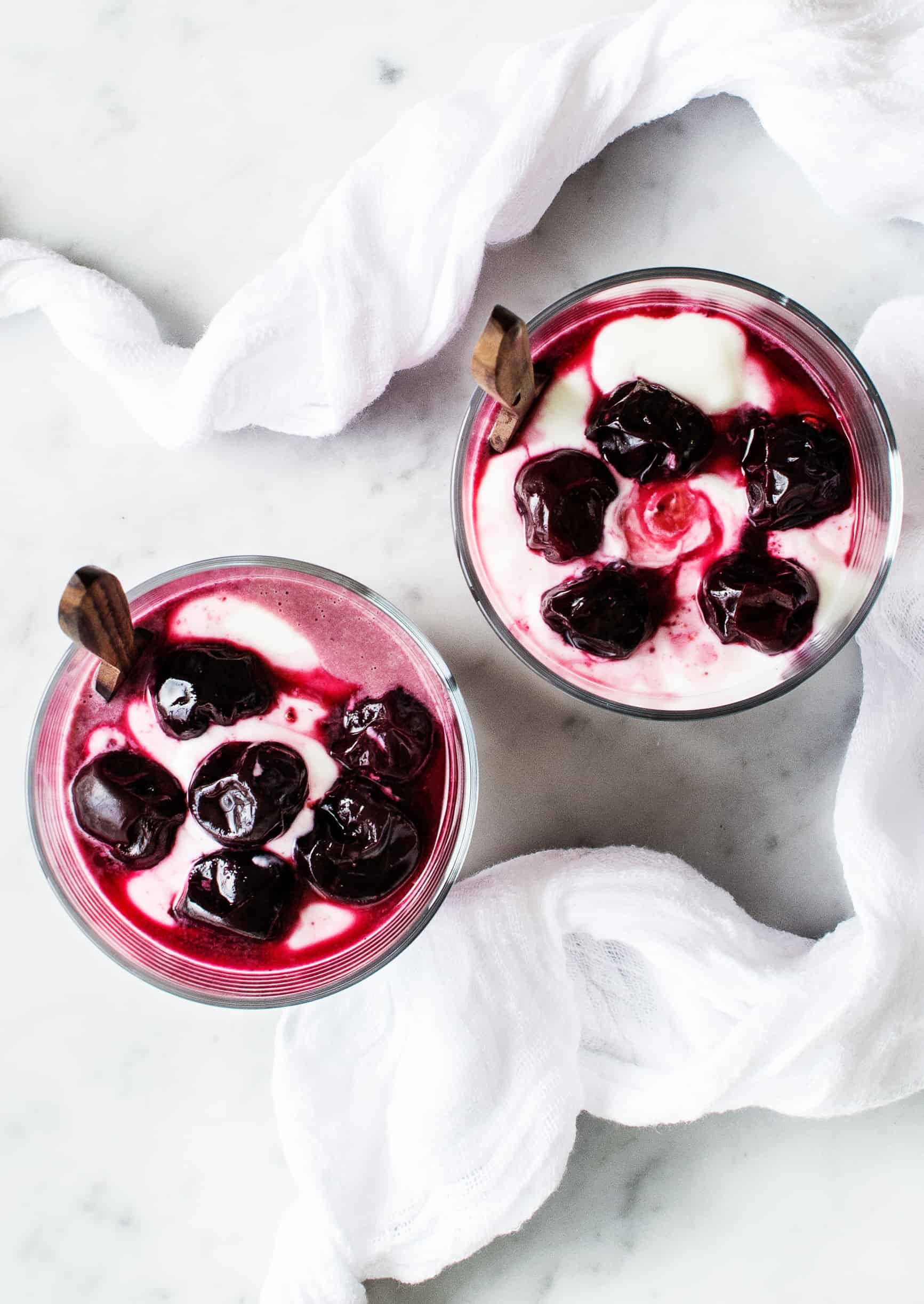 How to make this coconut cherry ice cream smoothie

To me, a smoothie must be healthy but delicious at the same time, and doesn’t have to be an overwhelming task. The one I’m sharing with you here is made with three yummy layers, and two of them are made from scratch. Feel free to use ready-made ice cream or compote if you like the idea of this three-layered goodie but don’t feel like doing everything from scratch.

Bellow, you’ve got the entire recipe to follow as strictly as you wish. In the meanwhile, I’m gonna show you the basics of the recipe:

Once the three ingredients for the smoothie are ready, take a glass or jar and layer them as you wish. I prefer the ice cream at the bottom, then the coconut yogurt and, to finish, the cherry compote. 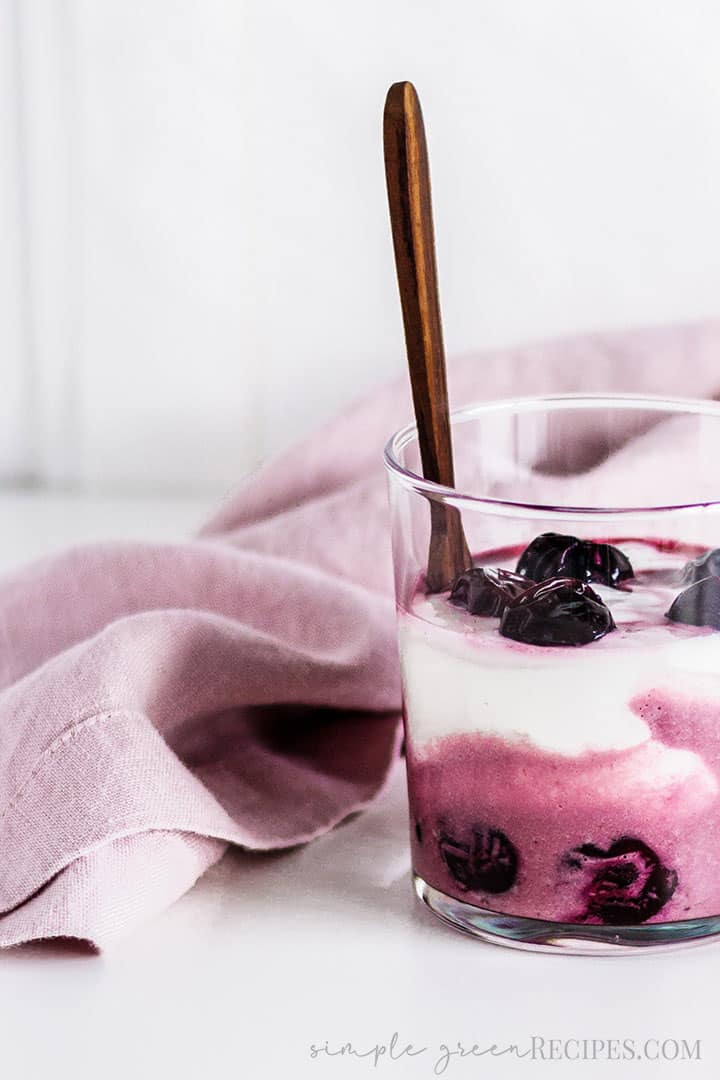 How to make the Cherry Compote

This quick and easy Cherry Compote takes almost no time to cook and is the perfect topping for this smoothie. Not to mention, it’s irresistible spread over ice cream, cheesecake or this Raw Vegan Dark Cherry Tart.

First, pit the cherries. I use a cherry pitter, one of those single-purpose kitchen tools that I try to avoid but that, sooner or later, I end up buying. Can you relate? I have one of the single removal models, so it just removes one pit at a time. I think it’s more accurate and it comes in handy when you want your final results to be pretty.

Anyway, if you don’t have a cherry pitter, a single chopstick will easily do the work for you. To pit cherries with a chopstick, remove the stem, place the chopstick on the stem-end of the cherry, push it through, and voilà – out pops the pit. 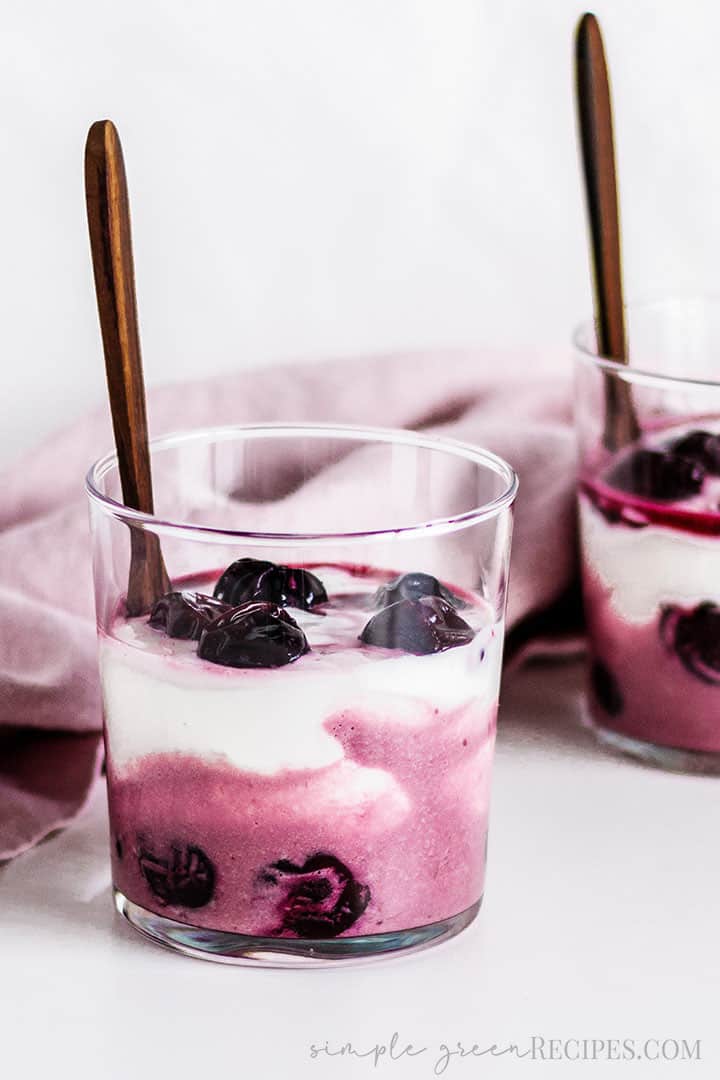 For the Vegan Cherry Ice Cream

For the Cherry Compote:

For the Vegan Cherry Ice Cream

For the Cherry Compote

To Assemble the Smoothie 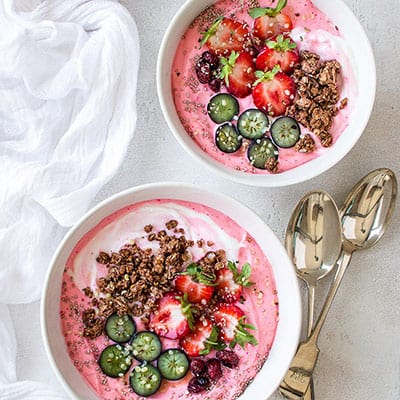 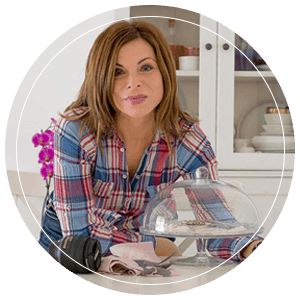 Hi all! Hope you are having the best week! Summer

Happy Thursday all! Strawberry season is coming to

Happy Thursday!🌈☀️You may already know I’

Hi And happy Toast Tuesday! You may think I’m a 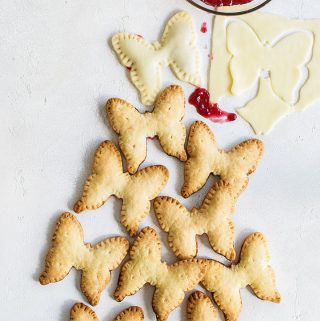 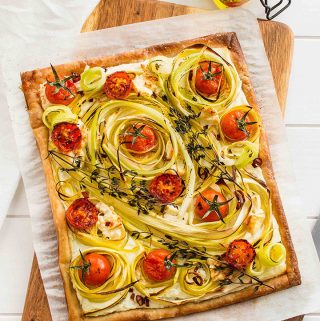